"Mormon Mafia" is an unofficial term for several different things.


The small corps of Mormons that comprised reclusive billionaire Howard Hughes inner circler were referred to as such. Also, the term has been applied to a tendency to prefer hiring Mormons resulting in disproportionate share of one's employees being Mormon. The most common use of the term "Mormon Mafia" is simply a tongue-in-cheek reference to the extensive networking connectivity of Mormons.


Howard Hughes closest cadre of assistants was recruited and headed by Frank William "Bill" Gay.  There were only six total and one of them wasn't Mormon but they got labeled the "Mormon Mafia" reputedly for their trustworthiness, loyalty and ability to keep their mouths shut.

Richard T. Bretzing headed the F.B.I.'s office in Los Angeles, California. He was accused of protecting the spy Richard W. Miller when Miller was Mormon. Bretzing was cited in a discrimination case where Latino agents accused him of hiring and promoting Mormons in preference to others. The press termed it the "Mormon Mafia" in covering the case. He retired to head Church Security and later became a Mission President.

From my educational background in human resources the best answer I ever heard for why preference and discrimination occurs is that we tend to hire and promote people that are like ourselves because we feel comfortable with them.

Mormons are incredibly well-connected and cohesive. Our social and personal lives tend to revolve around our religious life and it encroaches into our work lives as well. This is a natural result of how we live our religion. It is not intended to discriminate against others or to prefer other Mormons solely on that basis.

Our informal Mormon information networks generally work better than any official structure. For example, I have four siblings with spouses and 12 nieces and nephews. One of my sisters-in-law has four brothers all of whom have five children, many are grown with children of their own. If I email a piece of news to all my family and she sends it on to just her family members I can reach dozens of people in a matter of minutes. If they all send it to other family and friends the dispersion can reach thousands quickly,  most of whom are Mormons.

There is nothing insidious or conniving about this structure. It is a natural outgrowth. Obviously if a job exists in a company headed by a Mormon then other Mormons will know about the opening. Some will alert friends and family members who may be looking for a job.

If a Mormon applies who is a friend or relative of an existing employee the employee can often provide an extensive history of the person both personally and professionally to the employer. Thus, the "Mormon Mafia" is born.

If a company wants to hire people fluent in a foreign language, Mormons are the obvious choice since so many complete missions where they are required to learn a language. If anyone asked me to find someone who can speak fluent Spanish, Portugese, Mandarin, Russian or even Korean sign language I could do so instantly.

There is no "Mormon Mafia" if one is using "Mafia" to refer to some sort of illegal crime syndicate or even a structured organization. It's a tendency for Mormons to flock together, that is all.
Posted by Krista at 2:22 PM 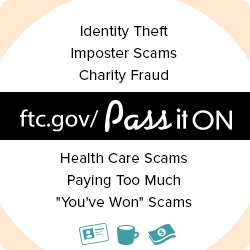